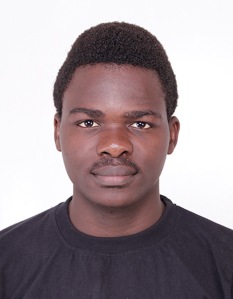 Emmanuel Rusaka is a young African from D.R.C,  passionate about his country, a graduate of Africa Nazarene University, and 2017 in Business and Information Technology.

Throughout his secondary school, Rusaka was passionate about helping his classmate and schoolmate achieving their plans and vision, engaging them in productive and useful talks, and he later became “minister of culture” alongside Iragi Bachirheba as his Head(boss)”doyen de l’ecole” in the 2012-2013 year.

Rusaka progressed to Nairobi, where he earned a Bachelor in Business and Information Technology, majoring in Networking.

In October 2014, in his second year of studies, Rusaka contested for the University 3rd top job, the student council organizing secretary. He won with more than 200 votes and served as the bridge of students to the university management.

Emmanuel is currently the founder and Manager of CounterFighters click here for more CounterFighters; a healthcare company aimed to check counterfeit medication in the Congo.

Rusaka is passionate about healthcare IT and Civic & servant leadership.

4 thoughts on “About Me”

This site uses Akismet to reduce spam. Learn how your comment data is processed.